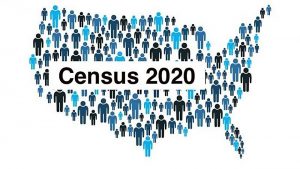 It’s no secret that Baltimore lost population between 2010 and 2020, dipping below 600,000 residents in the 2020 national Census for the first time in more than a century. Fifteen percent of Black residents and and 11 percent of white Baltimoreans skipped to suburbs or other places. A significant influx of Hispanic residents, up 44 percent, was not nearly enough to offset those losses.

But population trends varied significantly from neighborhood to neighborhood within the city, as a city planning department breakdown reveals. Bolton Hill, for example, had a slight gain in residents over the decade, and the neighborhood became more racially and ethnically diverse. While the number of housing units in Bolton Hill grew only slightly, the new Census showed an uptick in vacancies, perhaps in part a result of COVID 19 while the Census was being conducted, and its impact on students attending MICA and other nearby schools that shut down.

Black residents make up about 60 percent of the city’s 585,700 residents identified in the 2020 count. A Brookings Institution analysis of Baltimore’s population decline suggested, however, that the decline is escalating, not stabilizing. According to Brookings’ count, the city lost 7,735 residents between 2011 and 2016, but the exodus swelled to more than 30,000 in the last five years.

Bolton Hill resident Charlie Duff, who heads a neighborhood revitalization group, called the overall numbers “bad news for Baltimore.” Writing in the Baltimore Sun with MICA’s former president Fred Lazarus, he compared the city’s decline to Philadelphia, which grew by 5 percent, and Richmond, which grew by 6 percent. “We should be doing at least as well as Philadelphia and Richmond. They are not boom towns like Washington. They are cities like Baltimore, with slow-growing economies, rowhouses and many challenges.” They cited a study commissioned by Live Baltimore that the city could grow by 44,000 people per year “if we did the right things.”

Midtown Belvedere grew from 3,830 in 2010 to 4,666 last year, a 22 percent jump. Mt. Vernon grew by 14 percent. Downtown residency grew by 61 percent, to 7,171 as the number of housing units there grew by 76 percent. All three became more racially mixed. Nearby Reservoir Hill’s population fell, as did the number of residents in neighborhoods just west of Bolton Hill. Madison Park fell by 9.7 percent and Upton dropped 16 percent.