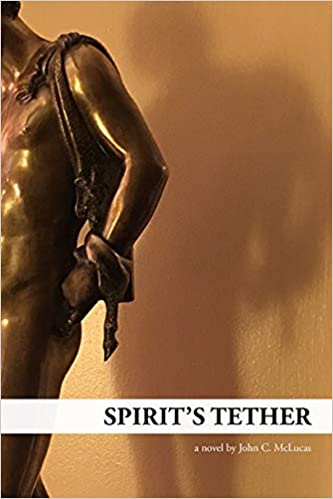 Jim is a balding, audaciously gay scholar in his mid-60s who lives on a quiet street in an 1850s brick townhouse in Bolton Hill.

He moved there not long before the Freddy Gray uprising after marrying a longtime West Coast lover, Joe.  Retired after three “poorly-compensated” decades as a professor of Italian at a “public diploma mill,” Jim has a deep knowledge of Italian music and culture and has been known to belt out arias by Puccini and hymns in the choir of a progressive Presbyterian church.  He has a wide circle of friends within and outside Baltimore’s “clannish” gay community.

Jim’s creator is John C. McLucas, 68, a retired professor who lives in a brick townhouse he acquired on Bolton Street five years ago. He taught Italian and Latin at Towson University for 36 years and Italian diction and repertoire to voice students at Peabody Conservatory.  He studied opera as a young man and is an elder at First and Franklin Presbyterian Church.  His hair is thin.  He describes himself as a longtime LGBTQ activist.

Life imitates art, as Oscar Wilde might have said. Or sometimes the reverse.  Both Jim and McLucas have AOL email-accounts.

Spirit’s Tether is McLucas’ second novel.  It draws on that traditional hymn’s theme of community to tell the story of “Godfather Jim” and his deep grief upon the untimely death of husband Joe, and the healing value of love and close relationships.  It focuses especially on Jim’s loving and unorthodox tie to J.J, his bright “spectrum-y” godchild who comes to live with Jim to study at Peabody.  J.J. leaves behind a first-girlfriend, Lyric, and soon comes out as gay to himself and his family with his godfather’s enthusiastic support.

Spirit’s Tether is a sequel to McLucas’ 2017 novel set in Rehoboth, Dialogues on the Beach.  Both are published by BrickHouse Books’ division dedicated toward “highlighting the voices of the LGBTQIA+ community” (abbreviation for Lesbian, Gay, Bisexual, Pansexual, Transgender, Genderqueer, Queer, Intersexed, Agender, Asexual, and Ally community).

McLucas thinks of the book as literary fiction, not queer fiction, but the story is layered with sophisticated insight into flirty and sometimes sexual interactions between the protagonist and a range of men and women besides his godson, as he searches for “a twilight romance of muted fondness and tapering passions,” not replicating the life with Joe.  His writing is worldly and, often, elegant.

Both books are available at The Ivy Bookshop, Barnes & Noble and, of course, Amazon.