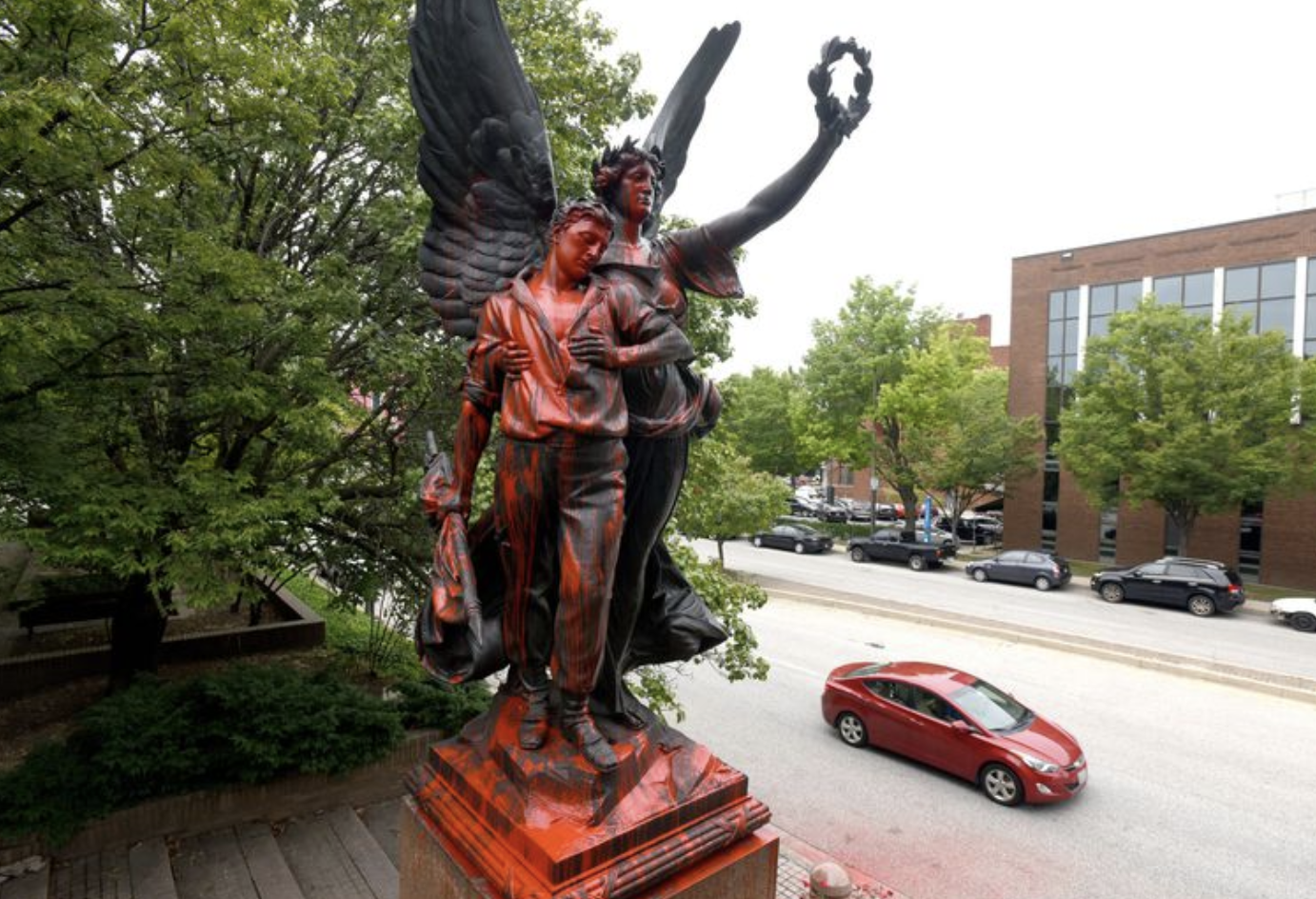 The Confederate Soldiers and Sailors Monument on Mount Royal Avenue was splashed with red paint before its removal in 2017.  Baltimore Sun photograph

Some public historic markers such as the remaining plinth of the Confederate Soldiers and Sailors monument on Mount Royal Avenue have attracted abundant condemnation, albeit no consensus on what action should be taken now.  In other cases, many of us may not know who a public park was named for:  who was Arnold Sumpter and why is Sumpter Park named after him?

BHCA solicited the Bolton Hill community for information, ideas, opinions and volunteers to help with the effort.  A steering committee composed of neighborhood residents assembled a review committee in the fall.  Last month, the review committee virtually gathered for the first time to meet each other and start to map out a review process.  Its members are representative of the Bolton Hill community along the lines of race, age, and gender and collectively bring a fitting array of experiences and professional backgrounds for their task ahead.  Listed below in alphabetical order by last name:

The BHCA board of directors will eventually vote on the committee’s recommendations for each marker, which could involve keeping as it is, adding interpretative signage or additional markers, or removing it entirely.  In turn, BHCA would share its recommendations with the City, and the City would have to act where action is called for since the markers are public property.

The Bolton Hill community has already identified several public names, plaques, or monuments that will be subject to the review:

The review committee wants to ensure that all public historic markers are identified by the community before commencing its review.  If there is a public name, plaque, or monument that you’ve wondered about in Bolton Hill and is not listed above, please email markers@boltonhillmd.org by the end of January.  Or, if you have information about the markers listed above or additional thoughts about or interest in the review process, feel free to email as well.  Please note that this review will not apply to Blue Plaques since they’re on private homes, and the Blue Plaque nomination and selection process will be reviewed under a separate process in the future.

The review process of Bolton Hill’s public historic markers is an opportunity for the community to better understand and appreciate the names, plaques, and monuments that have been in its midst for years.  Learning more about their history may even inspire the creation and naming of new public markers in Bolton Hill.