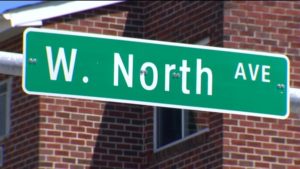 The City of Baltimore, MDOT and MTA have begun the planning phase for a $26 million enhancement project to improve the North Avenue corridor. Funded by several federal, state, and local transportation grants, the project will involve bike boulevards and facilities, upgrades to the Penn-North Metro station, streetscape work including bus lanes and shelters, improved lighting, and more.
Based on approximately 500 responses to their fall survey, the design team has developed initial concepts for the project design. Community Manager Anthony Brown invites residents to participate in a series of workshops where they will share these ideas and seek additional community input.
All workshops run from 4-7 p.m.

For more information, go to northavenuerising.com.

Mount Royal Elementary/Middle School (121 McMechen St.) is seeking volunteers to help judge student projects at the annual science fair to be held on Tuesday, March 6.
Volunteers are asked to arrive at 4:30 p.m. for a judges’ orientation meeting and will score projects from 5–6:30 p.m. Judges should have some connection to a STEM field (engineers, doctors, nurses, graduate students, teachers, professors, etc.).
Interested volunteers should contact Justin Kuk at jjkuk@bcps.k12.md.us. 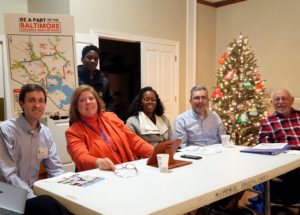 Avery Harmon from Rails-to-Trails Conservancy presented information about the Baltimore Greenway Trails Coalition (BGTC) at January’s MRIA meeting. The Coalition supports the creation of a network of trails—not bike lanes—that would connect 50 neighborhoods throughout Baltimore. A 35-mile trail loop would connect and expand the existing Gwynn Falls Parkway, Jones Falls, and Herring Run Trails. Priorities of the group include ensuring the trail does not lead to gentrification, and that residents in all city neighborhoods have access to the trial.
The BGTC projects that this project can be completed in 5-7 years at a cost of approximately $25 million. They hope to send designs to city government by early 2018 to obtain additional funding.
To support this effort, the Coalition seeks to create regional work groups, one in each quadrant of the city. They welcome anyone interested to volunteer.
The Department of Planning, Blue Water Baltimore, Bikemore Baltimore, and the Gwynn Falls Home Owners Association all support the project, but the Coalition needs more grassroots and community input. This support will help them obtain additional funding for the trails.
MRIA unanimously voted to to join the Coalition. Individuals can join as well.

Statement of Support for the Red Line

At December’s MRIA meeting, Sam Jordan, president of the Baltimore Transit Equity Coalition (BTEC), gave a presentation about the benefits of the Red Line, which would connect West and East Baltimore through downtown.
Sam explained that Governor Hogan canceled the Red Line in June 2015 without adequately analyzing the fiscal impact of this cancellation or researching how it would impact the community. The BTEC is acting on Hogan to complete the Red Line.
When the governor cancelled the Red Line project, it was fully funded with $2.9 billion in investments from federal, state, county and city sources. The state legislature also had approved it. The Governor’s administration gave $900 million back to the federal government and diverted the majority of the state-approved funds for road improvements in rural Maryland.
The many economic benefits of the Red Line include:

The BTEC is focused on showing Annapolis that Baltimore wants to complete this project. This is especially important as the governor has proposed a $9 billion plan to widen several highways and include a toll lanes.
At January’s meeting, the MRIA Board voted to approve this letter of support for the BTEC.

Susan Dumont of the 1300 block of Park Avenue volunteered to fill one of the vacancies on the MRIA Board; the Board voted to accept her self-nomination at January’s MRIA meeting. Welcome to our newest Board member.

One sunny, but very cold morning in January, we were greeted by a whole caravan of new faces that kept popping-up all around the neighborhood.
Thank you to the anonymous artist(s) for making us smile. 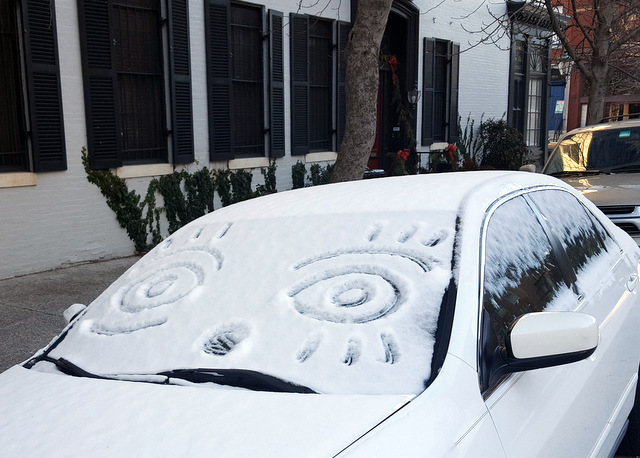 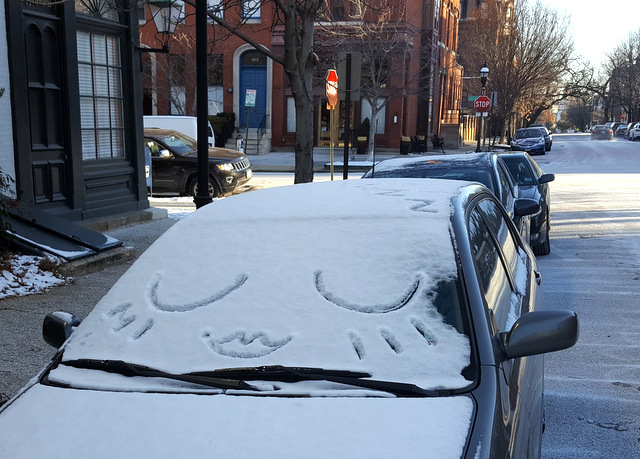 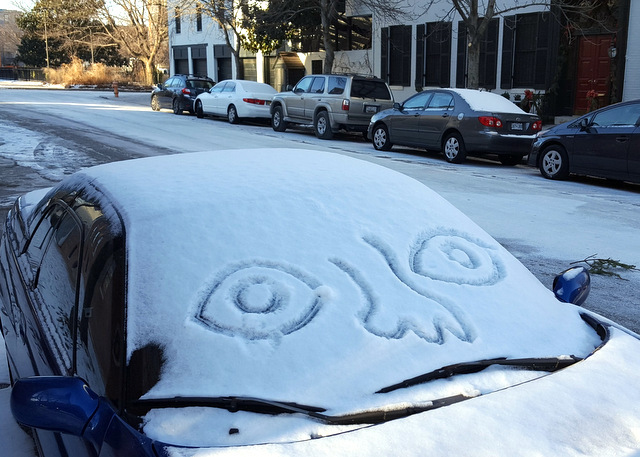 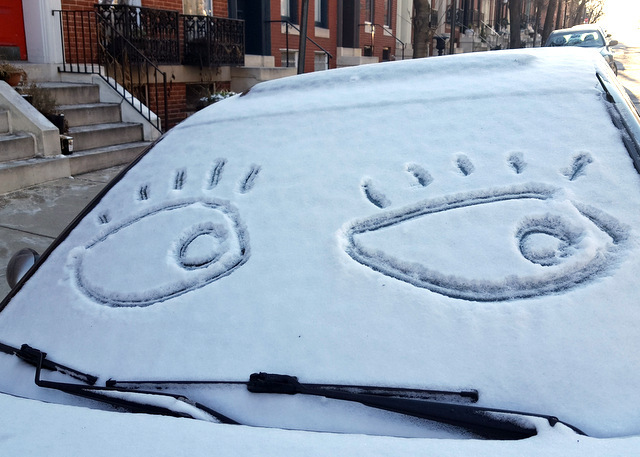 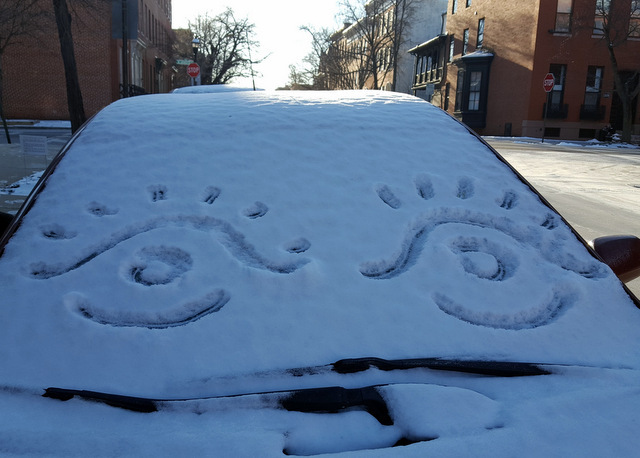 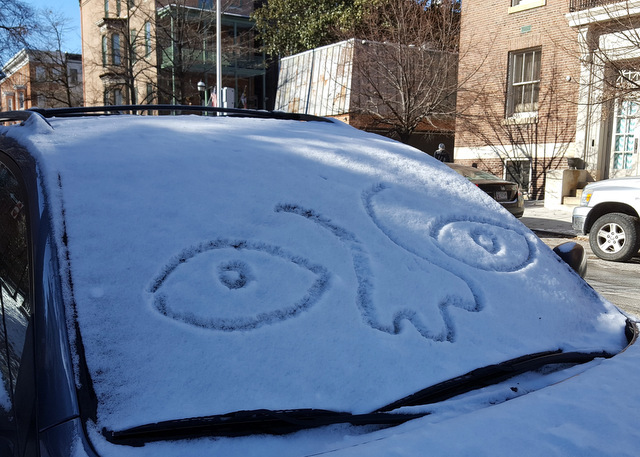 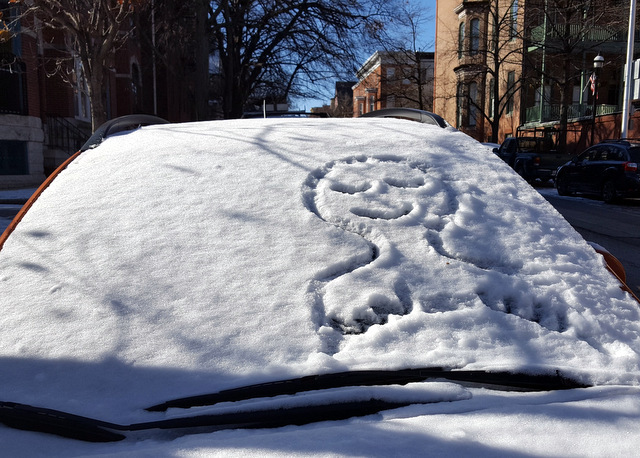 A Valentine’s Day Menu from Linda