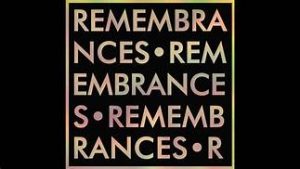 Three people with important ties to Bolton Hill died during the summer.

I first met Margo Taylor skiing in France in 1977.  She became a friend to me and my wife, Bonnie.  She had a particular skill in maintaining friendships – sending cards and encouraging visits. We kept in touch, and in 2014 my wife of 26 years died.  A mutual friend who had lived in Baltimore invited both Margo and me to visit him in Colorado.  I went for the change of scenery and change of routine.

Margo and I fell in love. That was 2016: I was 74 and she was 72 .  The problem was that she had deep roots in New York, while I had completed a career as a journalist and entrepreneur here and was comfortable in Bolton Hill. We decided I would visit Margo once a month and she would visit me once a month, so we would see each other every two weeks.  I called her at 9 a.m. every day.

I got to know Midtown Manhattan well.  Her apartment  had a terrace overlooking the East River, a fun place to hang out.   We went to Old Saybrook, CT, not far from where she was born, and Newport, RI, where she owned real estate and hoped to move, eventually.  Margo was a top sailor, sailing all over the world, including trans-Atlantic races.  She had over 300 trophies.  She was a member of three yacht clubs.  She also had a career as a successful lawyer in Manhattan, specializing in litigation.

She survived four cancers, had a new immune system installed and her health was failing.  Margo died in Baltimore in June after a series of strokes.

Elizabeth Margo Taylor was born in New Haven, CT, and went to school in Westport.  When she was 11, her parents purchased a 63-foot schooner and went to the Caribbean to join the fledgling charter business.  Margo attended school in Antigua, BWI , while her parents took paying guests on the boat.  Eventually they divorced, and she and her mother moved to New York.

She added light to my life.  I miss her terribly.