It’s tough not to notice the transformation of the 8-acre site formerly known as Madison Park North just across North Avenue from Bolton Hill. What was once a mass of vacant buildings is now a wide open plot, revealing Reservoir Hill’s beautiful row homes beyond.

A September 25 community meeting at MICA was a chance for the developers David Bramble of MCB Real Estate (and a resident of Madison Park) and Mark Renbaum of MLR Partners to update everyone on progress on the $130 million redevelopment of the property and to show some preliminary renderings. 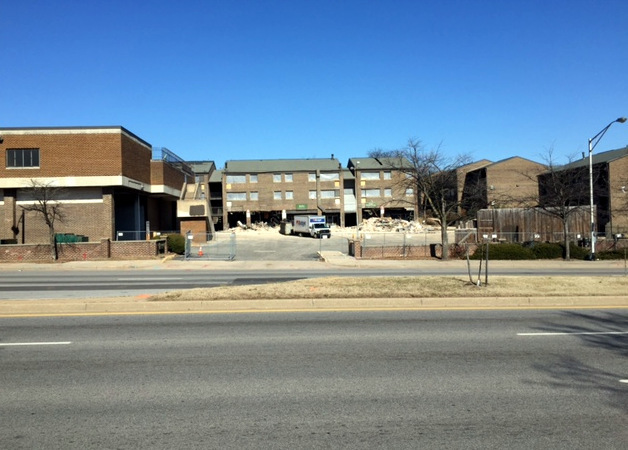 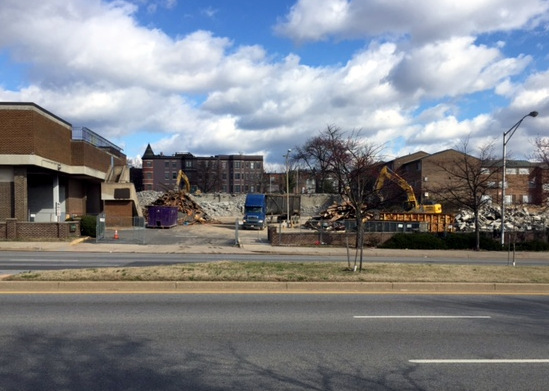 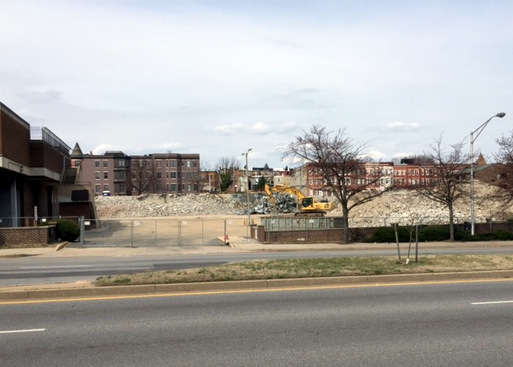 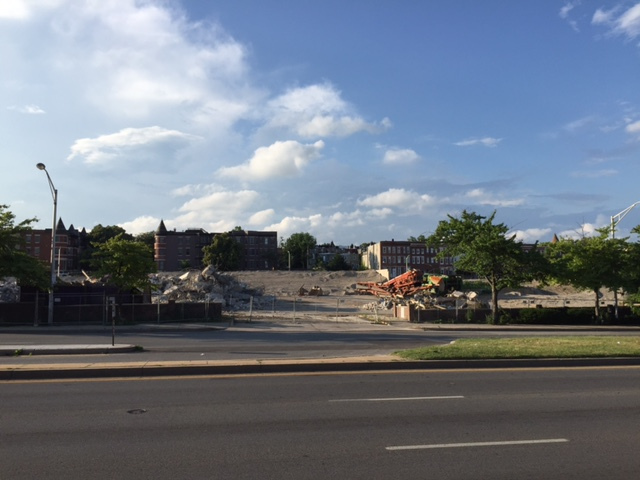 Series shows the clearing of the site looking north from North Ave. at Bolton St.

The entire site will have 300-500 residential units of various sizes and prices, and  parking will be included on the property. Since it has a natural grade, row homes will be built to match the height of those currently peering at Bolton Hill from Lennox Street.

Bramble said that the buildings on North Avenue, in contrast, will be “something new, something big, and something bold,” to act as a gateway to west Baltimore. The east side of the site along Park Avenue will be built first. There, plans include an innovation center “incubator” for artists and entrepreneurs.

West North Avenue was recently awarded a $27 million improvement grant from the State of Maryland, with $9 million for streetscaping. The Madison Park North developers are working with the Maryland Transit Authority to coordinate their efforts to ensure that North Avenue will be more pedestrian-friendly.

The developers are still seeking a grocery store for the site and have to iron out some technical details on the title before construction can begin. A group of residents has been actively meeting with the developers to provide community input on the project, and should have a petition ready soon for signatures to demonstrate community support for a grocery store.

The meetings of the residents group are open to all, and are held the fourth Monday of each month at 7 p.m. at St. Francis Neighborhood Center, on the corner of Linden Avenue and Whitelock Street.