A New Name for MRIA

At October’s board meeting, President Linda Rittelmann reported that MRIA is working to become a 501(c)3 designated non-profit, which would allow the organization to offer tax deductions for donations, apply for nonprofit grants, and save sales tax on certain purchases, fees, and licenses.

The Executive Committee plans to keep the Mount Royal Improvement Association as a 501(c)4, its current designation. However, in order to apply for the 501(c)3, the organization needs to register a new name with the IRS. Two names have been suggested, Bolton Hill Neighborhood Association (BHNA), or Bolton Hill Community Association (BHCA).

If you have other name suggestions, please email them to Linda Rittelmann (linda.rittelmann@gmail.com) or Lisa Robinson (lrobin7789@aol.com). A vote is planned in the near future to decide on the new name. 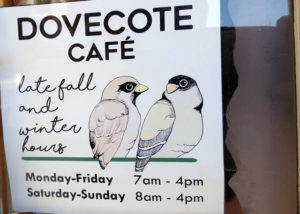 Ryleigh’s Oyster has closed its Mount Vernon location with plans to transition the restaurant to a private event space and catering kitchen.

Phil Hahn, the owner of Dooby’s and Sugarvale Restaurants in Mount Vernon, wants to take over the old Two Boots location at the Fitzgerald. He attended October’s MRIA meeting seeking a letter of support for his pursuit of a liquor license for the site. He plans to create a cool neighborhood pizza restaurant and bar, with 86 seats indoors and another 24 outside on the sidewalk, plus live entertainment on special occasions from Peabody students or graduates and other area musicians.

Phil is asking for a Class B license, which is for beer and wine only and allows operations until 2 a.m. The Brass Tap, next door, is open until 2 a.m. every night. When neighbors voiced concerns about amplified music, Phil responded that only keyboards would be amplified, and that stipulations to limit decibel levels could be added to the license’s restrictions.

Phil also reported that when he sought a new license in Mount Vernon, the neighborhood association crafted language that ensured the liquor license wouldn’t transfer automatically to a new owner. The MRIA Board approved a letter of support for a license at the Mt. Royal location that included language similar to Mt. Vernon’s. 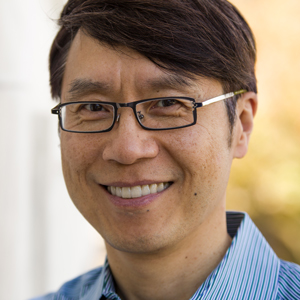 President Hoi was named a 2017-2018 Art of Change Fellow by the Ford Foundation. The fellowship program recognizes “visionary artists and cultural leaders in creating powerful works of art that help advance freedom, justice and inclusion, and strengthen our democracy,” according to a statement released by the Foundation.

“It is a profound honor to be recognized as a Ford Art of Change Fellow,” said Hoi. “Arts educators, especially those of us on the administrative side, seldom receive attention as cultural leaders and social change makers. The Ford Foundation’s bold commitment to highlight such an inclusive range of Art of Change Fellows sheds wonderful light on the full spectrum of creative efforts that contribute to a more just society. I am deeply inspired and humbled to be among the incredible leaders acknowledged by this fellowship program.”

Since joining MICA in 2014, President Hoi has spearheaded significant initiatives to advance opportunity and equity in the arts, both at MICA and in the greater Baltimore community.

He has instituted a large-scale and inclusive creative entrepreneurship program, as well as a campus-wide integration effort for diversity, equity, inclusion and globalization. President Hoi also conceived and helped create the Baltimore Creatives Acceleration Network (B/CAN) project, a citywide network of entrepreneurial support for Baltimore’s creatives regardless of socio-economic, gender, generational, geographic or disciplinary boundaries.