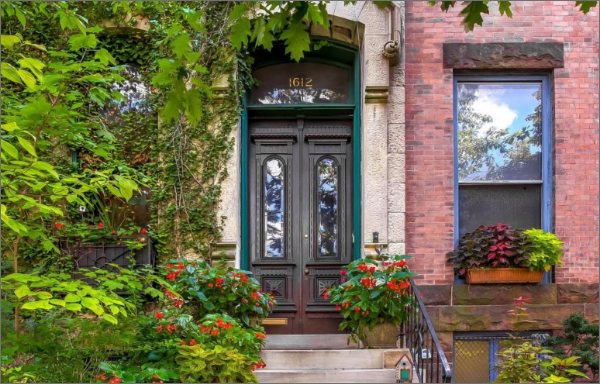 While the COVID pandemic has been an unprecedented disruptor for much of the area economy, housing sales and values in Bolton Hill have, after an early convulsion, stabilized and are brisk, according to three residents who are realtors.

“For March and April, which is typically the beginning of the ‘spring season’ for home buyers and sellers, things seemed to falter, but since then it has been brisk, with attractive interest rates and a shortage of listings driving both sales and prices,” said Jessica Dailey, who has specialized in properties in the neighborhood since entering the business  here in 2004.

“I think a lot of people were uncertain about what to do after the shutdown, but then ‘the season’ arrived late and has been continuing,” she said.  “Properly-priced units are moving swiftly, sometimes after multiple offers, and low-interest mortgages are relatively easy to secure if you have a job.”

In recent weeks one large residential property in the neighborhood fetched more than $800,000.  Dailey’s current nearby listings include a 4-bedroom, 2,700 sq ft single family residence on John Street for $425,000 and a 2-bedroom townhouse in Bolton Square on West Lafayette Ave. for $299,000.

“One of the great things about Bolton Hill is the wide diversity of housing,” said Avendui Locovara, a realtor who has lived in Bolton Hill off and on since the second grade.  “It’s common for someone to move here for school or work and rent a small apartment, then a short time later buy their first home, maybe a condo in one of our historic houses, and a few years later move up to a single-family residence,” she said.

“It’s one of the more desirable locations in the city, mostly residential but not far from shops and restaurants and public transit.  And we have a wide range of available schools not far away, public, charter and private.”  She has listings at 1612 Park Avenue, a 5,700-sq ft historic home for $850,000, and one that is half that size at 230 W Lanvale St. for $495,000.

Marci Yankelov, a Baltimore native who has been licensed for 17 years, moved her license to a virtual brokerage 3 years ago.  She believes the “new normal” will consist of less visiting properties and more reliance on virtual marketing, 3D Tours and contacts.  In addition to traditional marketing she does a 3D Virtual Tour of each property she lists.  “I had a listing come on the MLS right when the pandemic began.  I assured the seller that I believed I would get it sold.  The seller had moved out of town and the buyer also was out of town.  The buyer viewed the property via the 3D Virtual Tour and with the guidance of his agent decided to write an offer.  He did not visit the property until after closing.

“I also had several curbside settlements.  Lakeside Title prepared all the documents, as usual, and reviewed them on a Zoom call with the buyer and seller the night before.  The next day all the parties met outdoors in their separate cars and signed the documents, with the title agent in a mask and gloves moving back and forth with the documents.  It was very safe and efficient.”

Yankelov says that with the continuing restrictions because of COVID-19, she believes buyers will be less interested in touring a long list of properties  and will instead insist that agents provide high-quality video tours of the sale properties, allowing  potential buyers to narrow the list and only physically visit homes that meet their needs.  This also works well for sellers who want to limit the number of people walking through their homes.  She currently has listings in other Baltimore neighborhoods including The AIA Building in Mount Vernon and had 2 buyers purchase in Bolton Hill in the last few months.