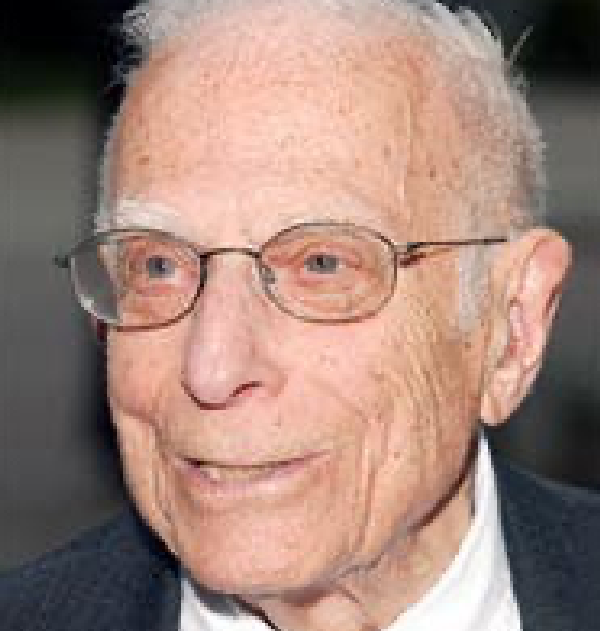 Walter Sondheim, who died in 2007 at the age of 98, was a Bolton Hill native (1612 Bolton Street) and a Baltimore civic leader extraordinaire.

His obituary recognizing his accomplishments ran 3,500 words in The Sun, but Sondheim was perhaps best known for his role as city school board president, leading the peaceful integration of the City’s schools shortly after the 1954 Brown v. Board of Education Supreme Court decision.  Baltimore was the first city south of the Mason Dixon Line to formally strike down school segregation.

Now those who are seeking to honor the late Supreme Court Justice Thurgood Marshall, who grew up in nearby Upton, also want to acknowledge Sondheim’s contributions and are searching for memories and mementos from friends and neighbors.  A statue honoring Sondheim is located on the UMBC campus.

Dr. Al Hathaway, pastor of Union Baptist Church on Druid Hill Avenue, also a native of the area, is leading the effort to re-establish a community landmark, the former PS 103 School Building named in honor of abolitionist and minister Henry Highland Garnet but known commonly as The Thurgood Marshall School, located at 1215 Division Street.  Marshall attended the segregated school from 1914 to 1920, his first six years of public-school education.

The development team’s plans include using some of the space for historical civil rights memorabilia related to Justice Marshall and a replication of the campaign office of the late Rep. Elijah Cummings.  Hathaway, whose church created the non-profit Beloved Community Services CDC to take possession of and renovate the school, also wants a room that recognizes Sondheim’s achievements.

Built in 1877, the school building features 12 classrooms and still boasts many of its historic features. It has 14,000 square feet of developable space, which will house a legal services center affiliated with the University of Maryland Law School, a job training center and a youth violence prevention center operated jointly with Baltimore City Community College.

Hathaway said the transfer of the property from the City to the development corporation will take place in early 2021.  Restoration is expected to cost more than $8 million, with construction beginning next spring, he said, and occupancy in early 2022.

Anyone with material or stories to share about Walter Sondheim should contact Dr. Hathaway at Union Baptist,  alhathaway@gmail.com.