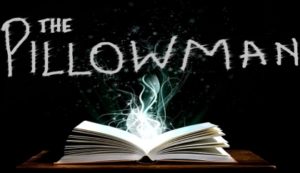 The Pillowman tells the story of a fiction writer living in an unnamed police state who is interrogated about the gruesome content of his short stories, and their similarities to a number of bizarre child murders occurring in his town.

Mixing life and art in a way that raises important questions about censorship and the limits of artistic license, The Pillowman demands the audience reconsider how contemporary societies balance safety and freedom. The play premiered in 2003 at London’s Royal National Theatre, appeared on Broadway in 2005, and has been staged in Paris, Seoul and Hong Kong.

Performances are scheduled Thursday to Sunday, March 30 through April 9. All shows begin at 8 p.m. Tickets are available in person at the MICA Store, online at MICA Store, or at the door on the day of the performance. $12 general and $5 student admission.