On Saturday, May 7, the sounds of jazz again enlivened Pennsylvania Avenue, once home to a vibrant African American arts and entertainment scene frequented by figures including Ethel Waters, Louis Armstrong, and James Brown.

At the Avenue Bakery (2229 Pennsylvania Ave.), the sun made one of its brief appearances this spring to spotlight John Melton Westley singing and playing on the piano. The food and wine on this fine spring evening were almost as tasty as the music.

This was the kickoff to the Courtyard Summer Music Series, A Taste of Jazz @ The Avenue Bakery. The next concert will be Saturday, June 11, from 4–8 pm with The Firm Band. Additional concerts will be on July 2, August 13 and September 3. 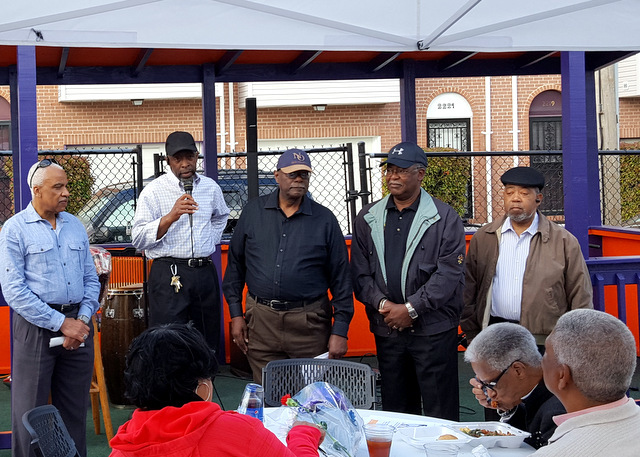 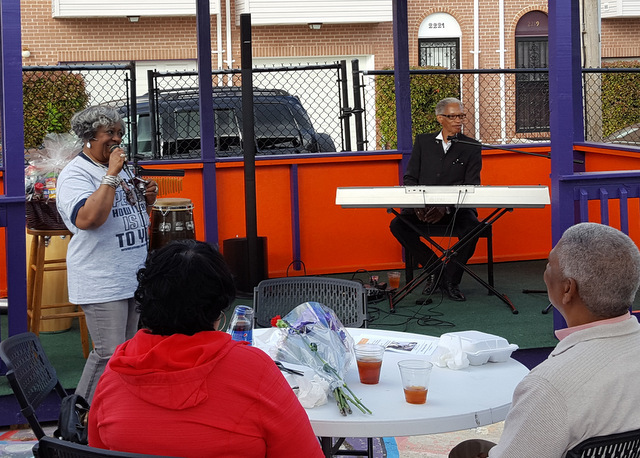 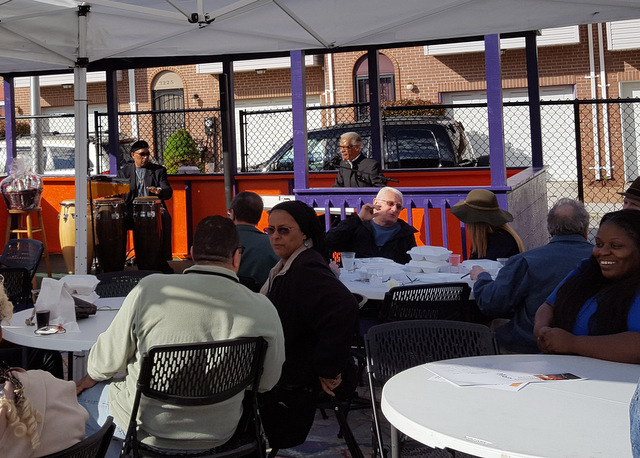 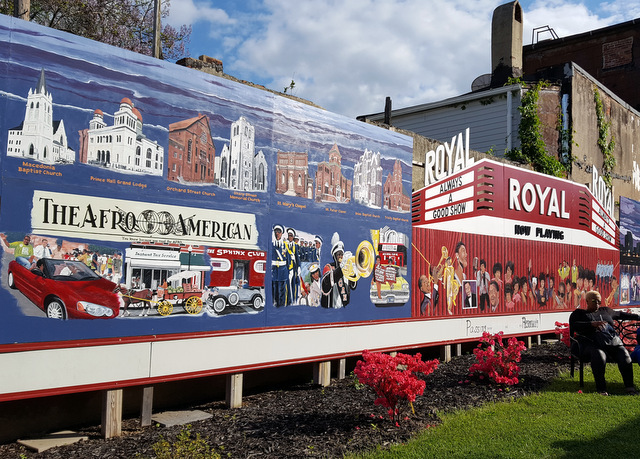 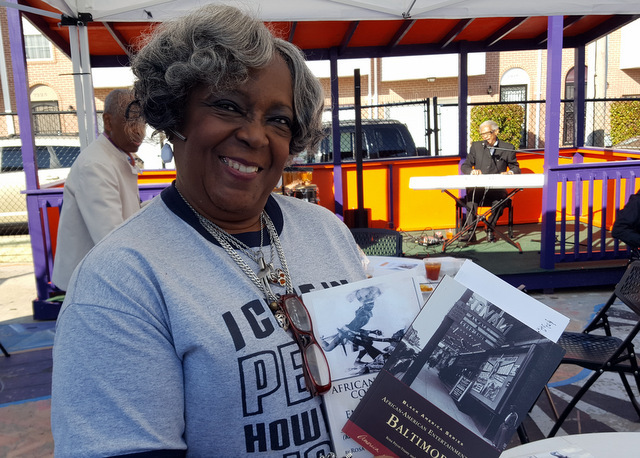 Rosa “Ramblin Rose” Pryor-Trusty, the emcee of May’s concert, helps organize the series with James and Brenda Hamiln, owners of the Avenue Bakery. Rosa, a singer and sax player in her own right, also authored two books on the history of African American arts and entertainment in Baltimore. (Read more about Rosa and her books)

All proceeds from this concert series go to support the rebuilding of the Royal Theater “one brick at a time”. James Hamlin has ceaselessly stoked the fires of this effort as part of a vision to revitalize what was once considered Baltimore’s main entertainment artery and bring its colorful history alive for future generations.

Today, a memorial sign honors the spot where the Royal once stood at the corner of Pennsylvania and Lafayette Avenues. This is one of the stops on the Pennsylvania Avenue Heritage Trail, which winds its way through the 21217 zip code from State Center to the Union Metro Station (see related article on Baltimore Heritage tours of the neighborhood.) You can pick up a pamphlet for this self-guided walking tour at The Avenue Bakery, along with something delicious to eat.

Mark your calendars and treat yourself to some fun at the other concerts in this series.