Each year for the past 30, Baltimore Heritage has led walking tours in Baltimore neighborhoods ranging from winding sylvan communities like Roland Park and Guilford, to tucked away urban enclaves like Seton Hill and Brewers Hill.

And, this May, they led two sold-out tours in our area.

The Bolton Hill tour started at Corpus Christi church and wound its way down Lanvale to Eutaw, before circling back across Lafayette and then Mosher to Park Avenue. Along the way, Doris covered a wide swath of neighborhood history, from its earliest days as George Grundy’s estate to the addition of the Maryland Institute College of Art in 1904.

Doris told of the area’s Civil War connections, both Union and Confederate. In a city that had leanings towards both sides of the conflict, it’s not surprising that famous supporters for each side lived side-by-side in Bolton Hill.

Tour participants learned that the name of our neighborhood comes from the Grundy’s manor house, Bolton-Le-Moors, which was later demolished and replaced with the Fifth Regiment Armory. When Bolton Street was first built, it served as the “driveway” north from this grand mansion.

On the Marble Hill walk, Eli and Martha focused on the key role the neighborhood played in the civil rights movement, both locally and nationally. They spoke of Pastor Bascome of the Douglas Memorial Community Church (built in 1857 at Lafayette and Madison, it’s the oldest church in Marble Hill), who stood up to then-governor Spiro Agnew.

Thet also stopped at the Elks Lodge at McMechen and Madison, which has provided a platform for black empowerment since its founding in 1900. Since the Benevolent Protective Order of the Elks (BPOE) would not allow black members, creative brothers added an “I” for “Improved” at the start, and a “W” for “of the World” at the end, creating the IBOPEW.

Marcus Garvey made his only Baltimore speech at the Trinity Baptist Church (McMechen and Druid Hill), and the first march on Annapolis protesting Baltimore police violence against blacks was organized by the Sharp Street Memorial Church (Dolphin and Etting). 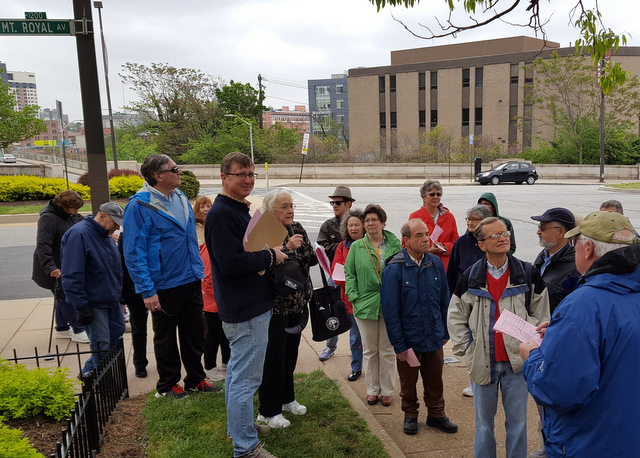 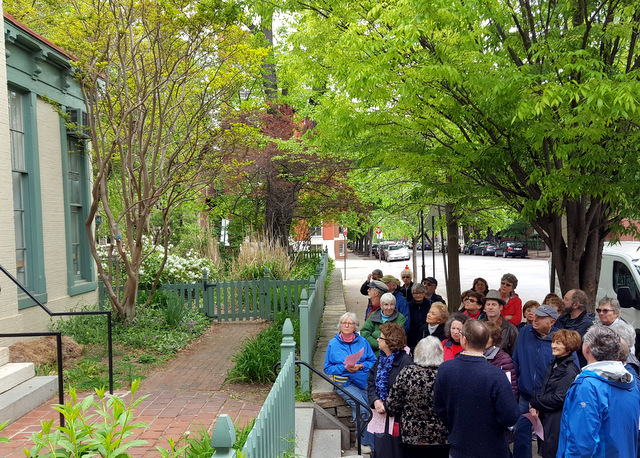 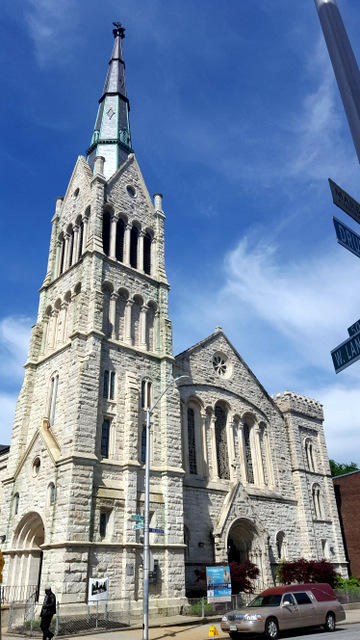 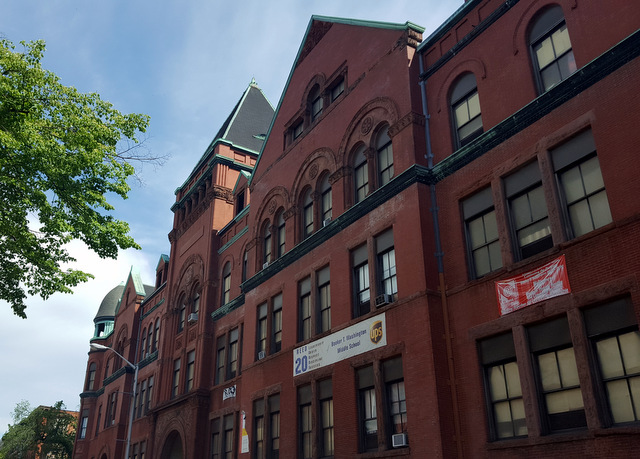 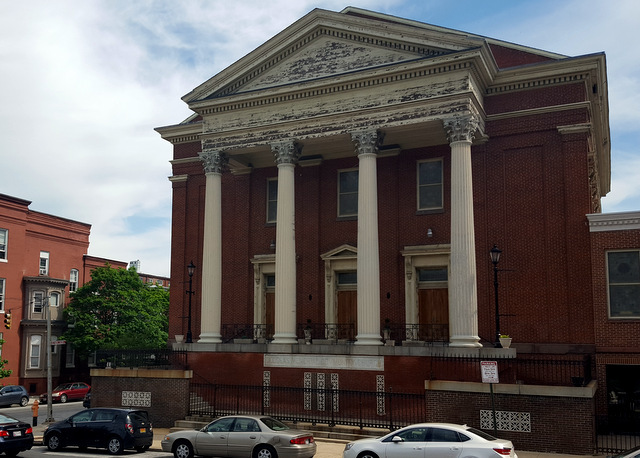 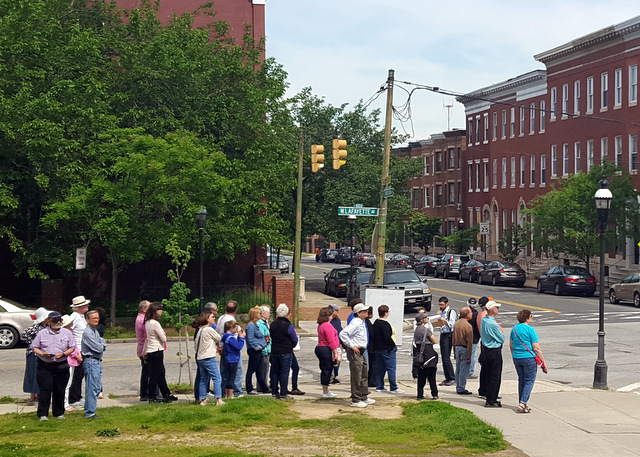 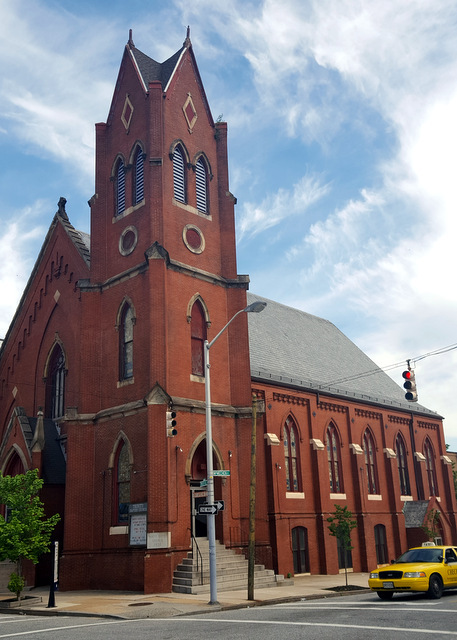 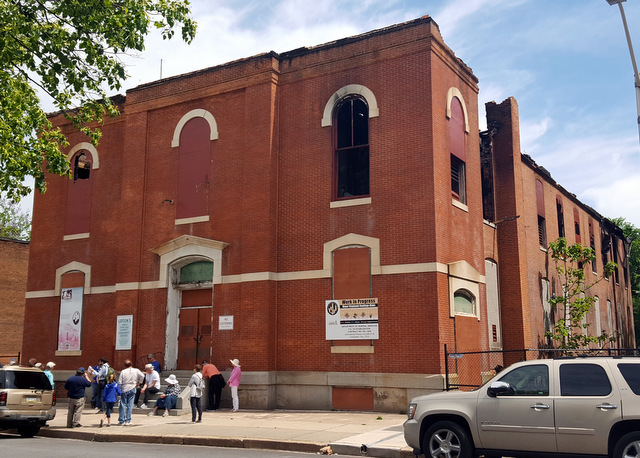 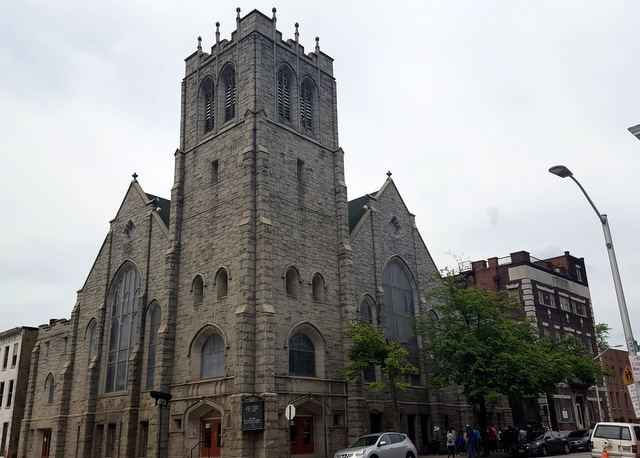 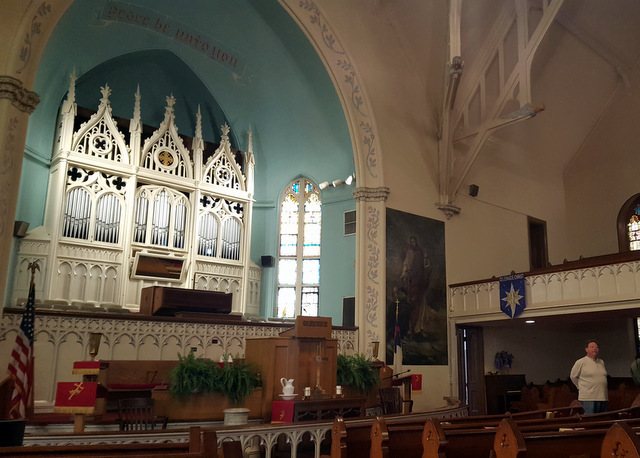 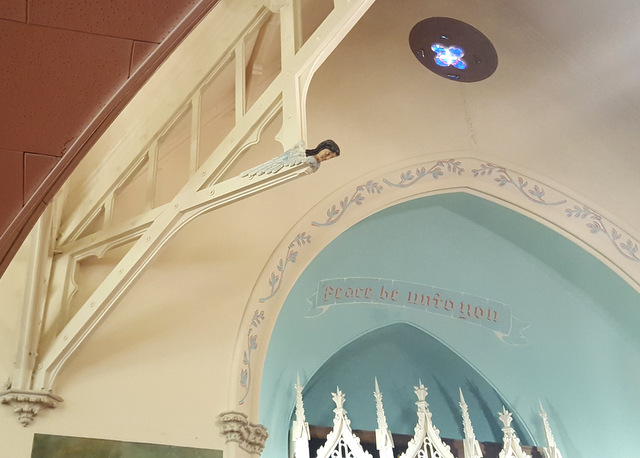 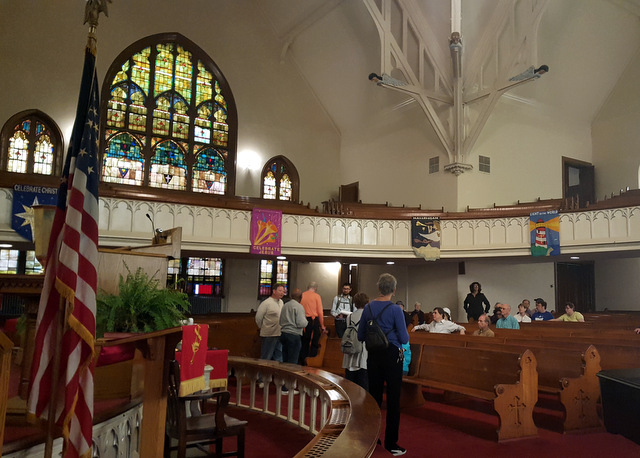 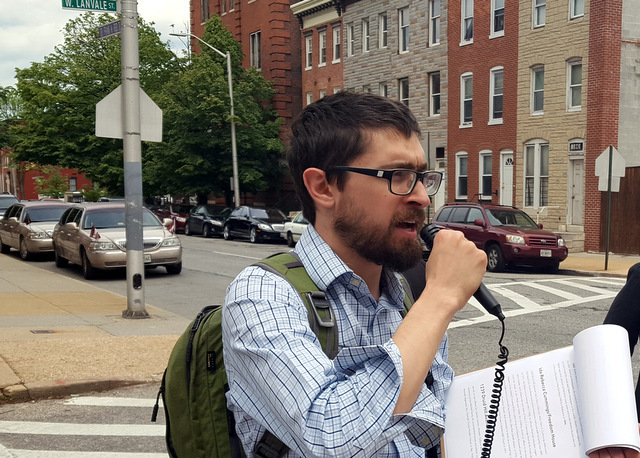 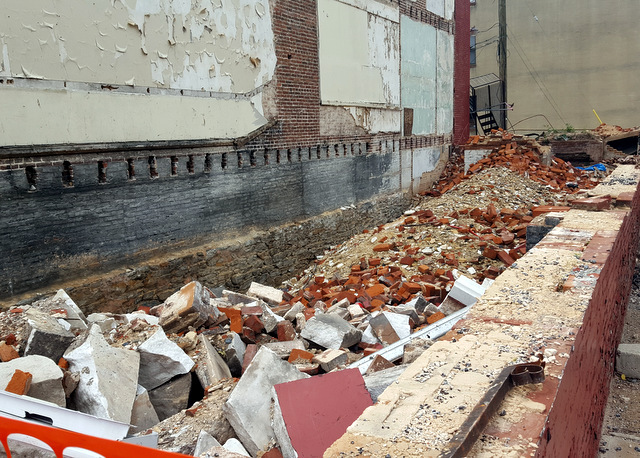 The tour emphasized the important role our area has played in these struggles, but also highlighted how this history itself is disappearing, leading walkers past the burnt remains of Thurgood Marshall’s elementary school (Henry Highland Garnet School, 1315 Division) and the rubble that once was “Freedom House” (Lanvale & Druid Hill).

Decades ago, the NAACP dubbed the place “Freedom House” for the crucial role it played in the civil rights movement. This three-story rowhouse was the home of the city’s first black City Council member, and Rev. Martin Luther King, Jr., Eleanor Roosevelt and Clarence Mitchell, Jr. all attended meetings there.

The remains of Freedom House are a sobering reminder that we need to do more to honor, cherish and protect what is in our own backyard.

Find out more about upcoming Baltimore Heritage Tours, and you can purchase tickets online. Groups are often limited in size to make them manageable in the spaces visited, and some tours sell-out.