Freddie Gray died two years ago, sparking demonstrations that came to be known as the Baltimore Uprising. What’s happened since?

The Baltimore Youth Organizing Project (BYOP) was established in October 2015, born of a desire to empower youth in West Baltimore in the wake of the Baltimore Uprising. Through their involvement in BYOP, youth have learned the principles and techniques of community organizing, conducted a listening campaign to hear about issues important to their peers, ratified a youth city agenda, and organized forums with political candidates and elected officials.

BYOP is a collaboration between Baltimoreans United in Leadership Development (BUILD) and the No Boundaries Coalition (NBC). Reverend Tim Hughes Williams at Brown Memorial Presbyterian Church helped launch BYOP, and the church provided starter funding for modest stipends for eight youths who attended regular meetings and met with more than 400 young people in the community. Rev. Hughes Williams continues to work with BYOP members along with Rebecca Nagle of NBC and Gwen Brown of BUILD. He’s also looking for opportunities for youth affiliated with Brown Memorial to become involved.

“It has been inspiring to work with young people who have an intuitive, firsthand understanding of how the city needs to change to meet the needs of its youth,” said Rev. Hughes Williams. “BYOP has been a vehicle to teach them to tell their stories powerfully and hold elected officials accountable for their decisions. After the Baltimore Uprising, this has felt like essential and satisfying work.”

The BYOP youth agenda was ratified at a meeting of almost 100 youth in January 2016. It advocates for funding from the city and public-private partnerships that would support after-school programming, recreation centers, and youth employment—all of which help keep youth off the streets and develop their potential to contribute to the life of the city.

In March 2016, BUILD hosted an Accountability Forum at Coppin State University to hear the mayoral candidates’ positions on the BUILD One Baltimore Agenda: a city for youth, a city for jobs, a city that is safe. BYOP was able to present its youth agenda as part of this event. Approximately 200 youth sat on stage with six of the mayoral candidates, and 600 adults sat in the audience. Every candidate, including our current mayor Catherine Pugh, committed to the BUILD One Baltimore Agenda.

At the end of 2016, BYOP graduated its first class of eight young people. Now headed by Samirah Franklin—a member of that first class—BYOP is one part of NBC’s work in Central West Baltimore.

In its second year of organizing, BYOP has focused on holding Mayor Pugh accountable to her promises as a candidate. On April 4, 2017, Trinity Baptist Church (at McMechen and McCulloh) hosted about 150 adults and youth to hear the BYOP youth publicly ask Mayor Pugh for two specific commitments:

The mayor agreed to help create 250 new year-round jobs for youth, but equivocated about after-school funding. In fact, her preliminary 2018 city budget cut afterschool and community school funding by 25 percent, or roughly $2.4 million.

BYOP is now fighting to restore the funding, with the help of BUILD, NBC, and the Child First Authority. They are calling on both the Mayor and City Council to acknowledge the cut and restore the funds.

“In the aftermath of our city burning, Baltimore’s elected officials made a promise to us, the youth of the city,” explained BYOP’s Lead Youth Organizer Franklin. “It’s only been two years, and we are cut. We call on the Mayor and City Council to keep their promise to us and restore afterschool and community school funding to its current level of $9.2 million.”

BYOP also plans to continue listening to residents and providing youth workshops on community organizing. These activities help develop the voice and power of more and more youth to hold their elected officials accountable and effect the changes they desire in their communities.

To find out how you can support the young people of BYOP and their efforts to build power for Baltimore City youth, contact Samirah Franklin at samirahfranklin@gmail.com.

Stoop Party for the Schools on May 13

Big Bucks from Bowls of Beans at Chili Dinner Fundraiser

The Commuter Chronicles: Name That Network

Commissioner Kevin Davis to Speak at MRIA’s May Meeting 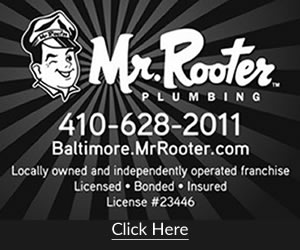 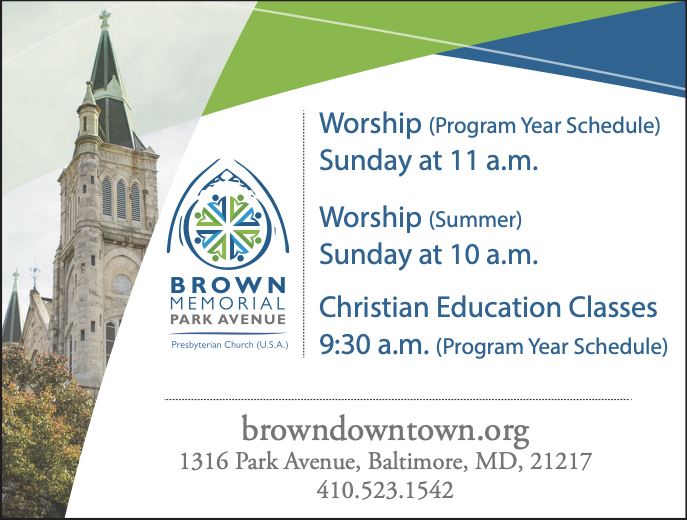 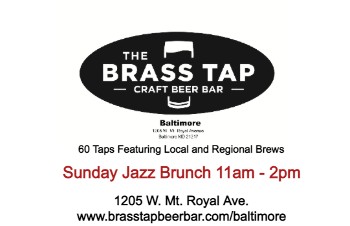