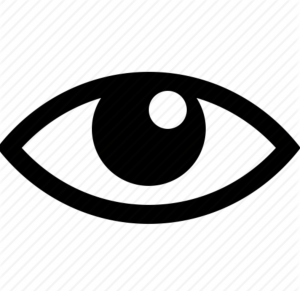 The Bolton Hill Camera Network (BHCN) is an initiative being organized to be operated by Bolton Hill residents to enhance safety and security in the neighborhood.  It would allow residents, as well as neighborhood apartment buildings, institutions and businesses, to share footage from Ring, Nest or other cameras of incidents that threaten neighborhood safety and security.  The compiled footage, in turn, could be shared with police to help them with evidence for cases.

A small camera network has existed for a few years in the southeast part of Bolton Hill.  Two residents monitor the existing network and post related content on a designated YouTube channel from shared camera footage of fellow residents.

BHCN would not be part of the CitiWatch Program, which has approximately 18 cameras located in Bolton Hill.  CitiWatch is a one-way arrangement, where if Baltimore City Police believe your registered CitiWatch camera has captured a crime, they may visit your home to obtain footage of the incident.  CitiWatch does not make its camera lists available, nor share information with the community, nor respond to community requests for camera locations or footage in the vicinity of a crime.

In contrast, BHCN would be neighborhood controlled.  Camera locations are available to those participating and participants voluntarily choose whether to share footage with each other and the police. Anyone could register a camera with CitiWatch and still participate in the BHCN.

A summary of draft BHCN policies currently include but are not necessarily limited to:

Comments on the proposed policy and process for the BHCN were solicited from members of the Bolton Hill community in March. Five comments and a separate group letter from a few members of the community were received. Four comments were supportive of the idea of a camera network and one was opposed. The group letter requested additional oversight for the BHCN to ensure it is not misused and that collated footage be kept private to share with police when necessary.

This feedback is exactly what the BHCA safety and security committee needs to hear from the community to make sure that the BHCN is responsibly developed.  The safety and security committee will continue working with members of the community and the police to create an effective policy and process to be eventually approved by the BHCA board of directors.

This is the second of a series of articles on safety and security in Bolton Hill by Jim Prost, chairperson of the BHCA Safety and Security Committee, please contact him at safety@BoltonhillMD.org.