By Coleen McCarty and Susan Badder

A quiet oasis of mature trees and lush greenery, Rutter’s Mill Park is a reminder of the natural landscape that once existed there. In the late-18th century, Bolton Hill was open land, drained by streams that fed into the Jones Falls. One, Spicer’s Run, ran down from Reservoir Hill, emptying into the falls just south of where the North Avenue bridge stands today.

Just downstream was a water-powered grist mill owned by John Rutter, whose family owned property in the neighborhood along the banks of a Spicer’s Run tributary. That body of water became known as Rutter’s Run.

By the late-19th century, rowhouses had been built on John Street, Lafayette Street and Mount Royal Avenue, and Rutter’s Run had been channeled and covered over. On quiet nights, those waters can still be heard running beneath us.

For the first half of the 20th century, a row of two-story alley houses stood on the site of the park. As a part of mid-1960s urban renewal, these houses were demolished, and Rutter’s Mill Park was created. Designed by Constantine (Gus) Courpas, the plan took into account the building on the Mosher Street side of the plot, the studio of sculptor Ruben Kramer and his wife Perna, who were patrons and caretakers of the park for many years. Gas lamps now light the park and the sounds of water trickling from a fountain now provide an ambient reminder of the site’s history.

Over the years, Rutter’s Mill Park has been maintained by its neighbors, the 40+ households that back onto it and collectively form the Rutter’s Mill Park Association. Routine repairs and plantings have been funded through grants from MRIA, the Bolton Hill Garden Club, Festival on the Hill and the Parks and People Foundation.

As Rutter’s Mill Park approached the half-century mark, it began to show its age. By 2009, the brick wall surrounding the park began to list, suffering the effects of time, weather and the growing tree roots. The wall had to be removed before it fell. A proposal submitted by the Baltimore City Bureau of Parks suggested replacing the brick wall with a chain-link fence.

Claudia Sennett and Susan Badder led a group of advocates who formulated a counter-proposal to replace the wall with a design appropriate for our historic community. MRIA past president John Kyle and then–City Councilman Bill Cole took up the cause.

With the assistance of Valarie Ruppert, Director of Community Greening at Parks and People, and the leadership of Walley Stephenson of Baltimore City Department of Recreation and Parks, the Rutter’s Mill Park Association solicited bids from private contractors. The project was completely funded by Recreation and Parks, in large part through the efforts of the office’s director, Ernest Burkeen, Jr.

The new wall is a substantially improvement over the one it replaced. Built to accommodate the continued growth of trees, the gates are now open, and Rutter’s Mill Park once again welcomes all sorts of visitors. Intimate enough for a single reader, this “backyard” for 40+ residences, two elementary schools and a college can also host a church luncheon, a wedding reception, or even a nursery school graduation. And, of course, the annual Easter Egg hunt. 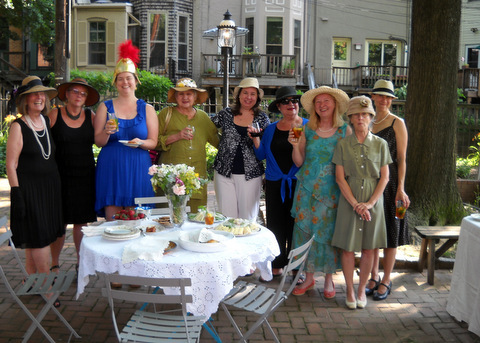 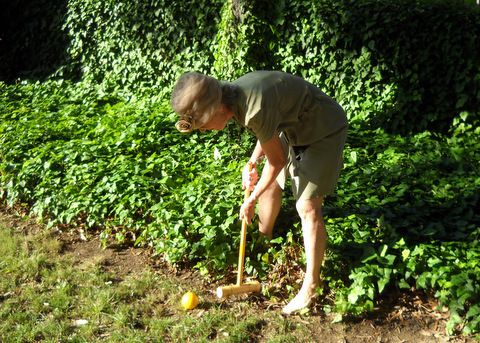 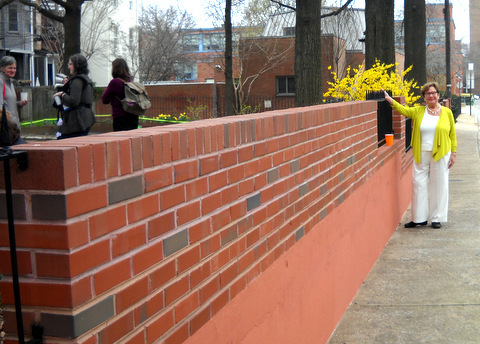 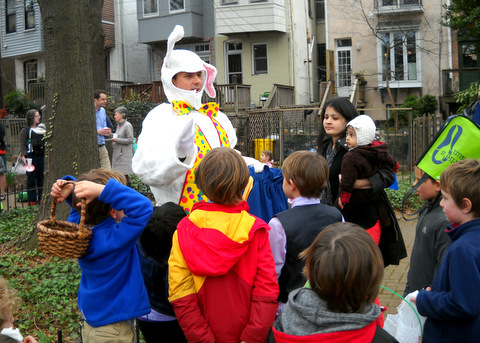 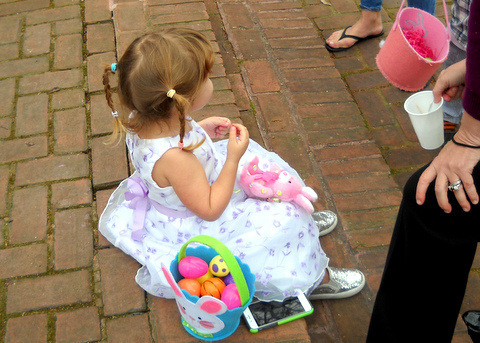 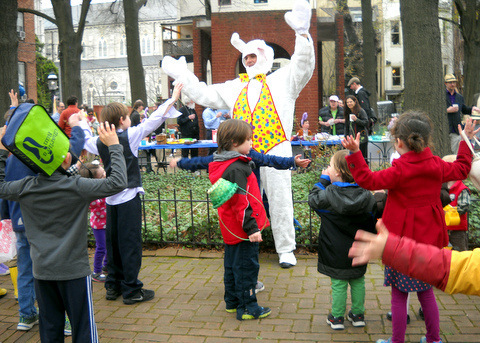