Organized by MRIA’s safety committee co-chairs Jill Kingery and Barbie Klik, the almost two-mile walk provided opportunities for residents to ask questions about the crime-fighting strategies utilized in the area, as they toured neighborhood hot spots.

Celebrating the recent collaboration between Midtown and MICA officers, which recovered merchandise stolen from the local Save-A-Lot, MICA’s Byrd emphasized that “MICA continues to be a strong supporter and partner of collaborative efforts that are aimed at reducing crime and addressing concerns before they become too big to manage.” 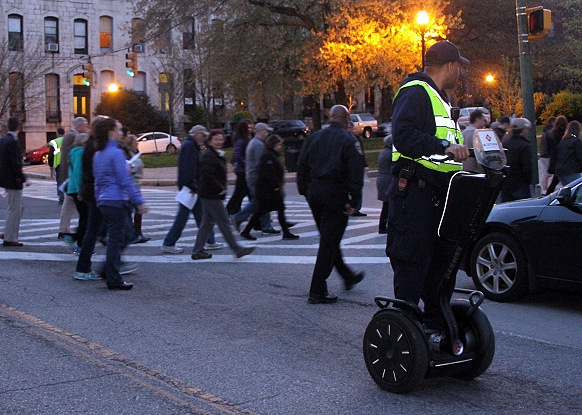 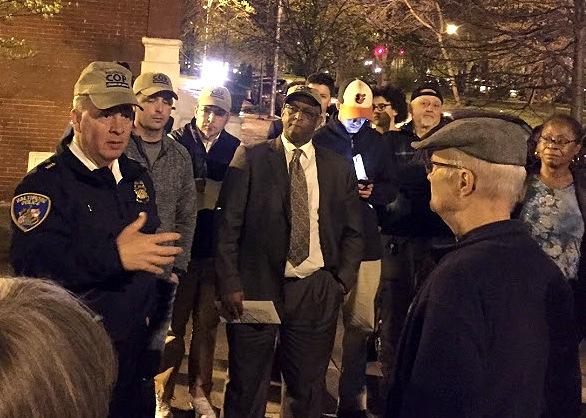 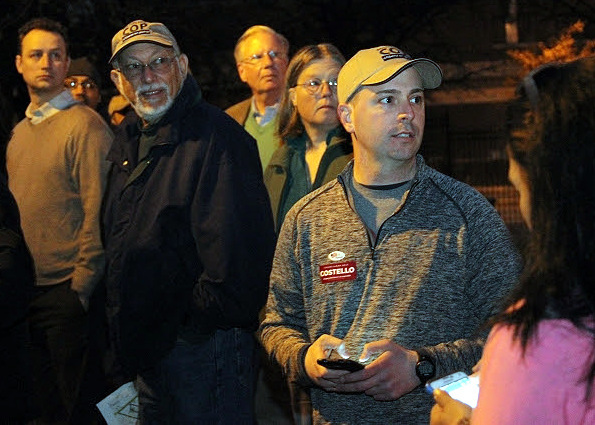 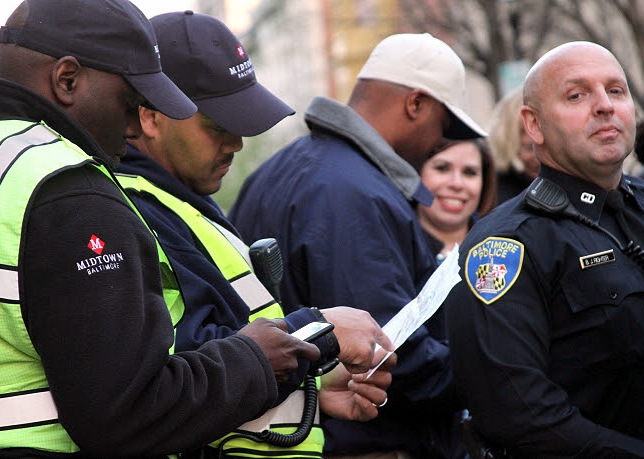 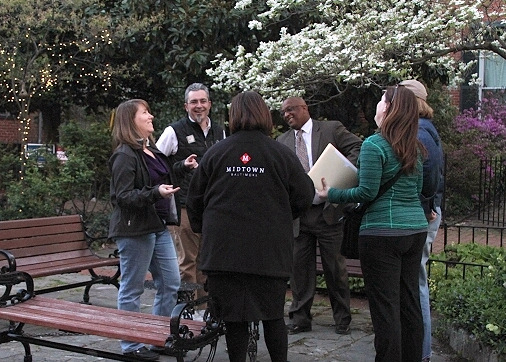 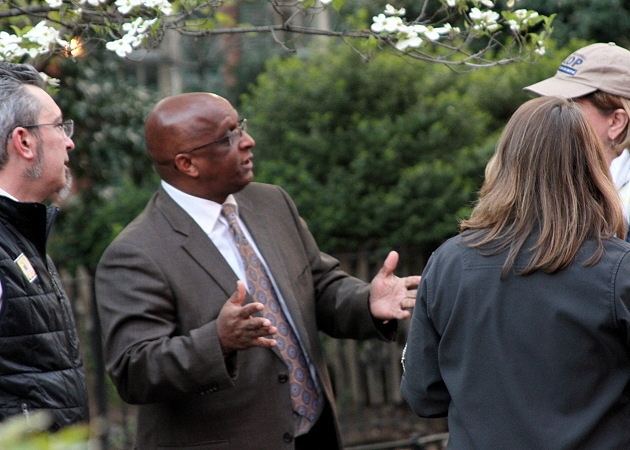 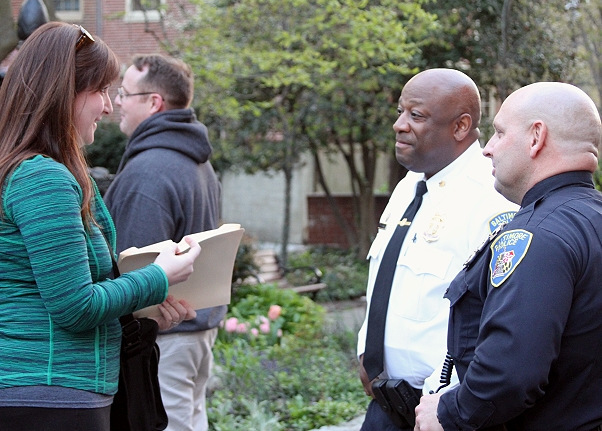 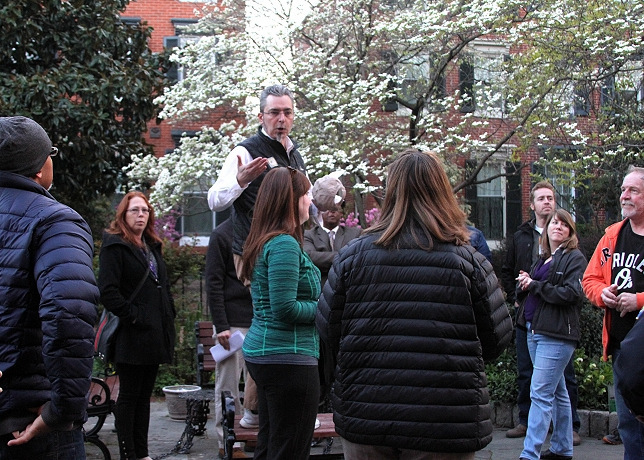 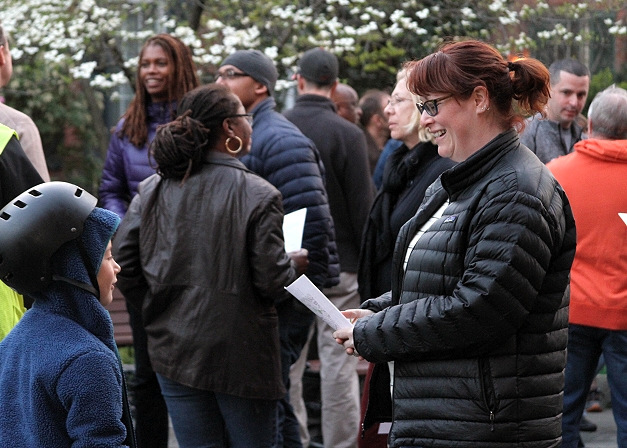 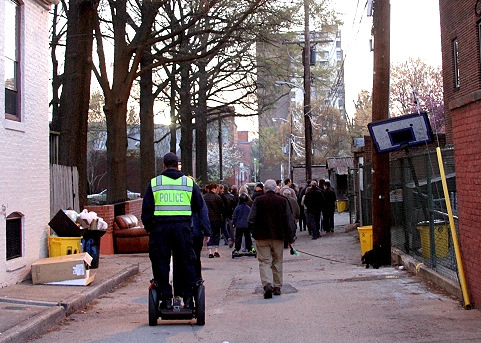 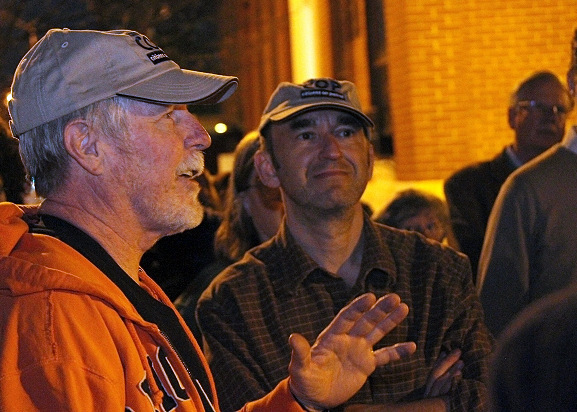 Stopping briefly to discuss concerns about open-air drug dealing and a recent fatal shooting, Commissioner Davis acknowledged that the department must continuously strive to do better. He noted that “there are people outside of Baltimore that want us to fail.” But he pledged, “We’re not going to let that happen.”

The walk highlighted the growing partnership between the community, Midtown, MICA, and the city government. The strong turnout of residents demonstrated the commitment of the Bolton Hill neighborhood to this public safety partnership.